Keeping Up with the Windsors 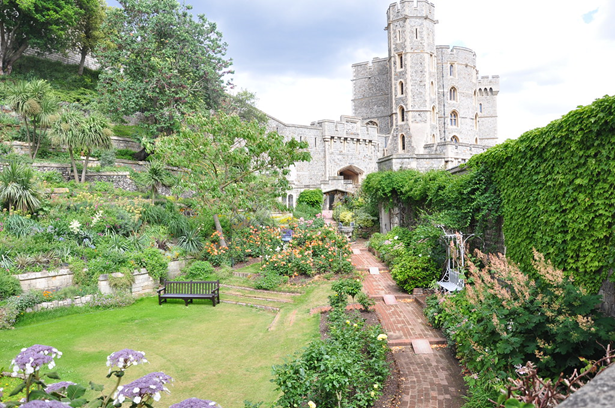 American television was born and came of age during a mid-twentieth century economic expansion that—assisted by strong unions, a progressive income tax, and the G. I. Bill—vaulted an unprecedented number of people out of working-class poverty into (relative) middle-class prosperity. Reflecting, and in many ways, ideologically shaping this transformation, the situation comedy (sitcom) emerged as the preeminent TV genre of the era with its comfortable, but never economically extravagant, households idealizing a peculiarly American institution: the suburban middle-class nuclear family. Other prominent genres of the period included variety and game shows, along with the highly mythologized (and now almost entirely extinct) Western, but it is the family sitcom that sticks in our collective memories as most representative of that time, bringing to America's living rooms images of a middle-class idyll in which a man's suburban ranch house might be his castle—but not literally.

That is why I was so struck by this year's Emmy Awards, in which The Crown—a Netflix series that dramatizes the post-war history (well, quasi-history as a number of critics have hastened to point out) of the British Royal Family—walked off with most of the top honors. A glance at the Netflix website to find out more about the show further piqued my attention when I saw displayed there old world upper-class soap operas such as Versailles, Reign, Bridgerton, The Cook of Castamar, and The English Game (with its Upstairs, Downstairs-like casting). "Something is definitely going on here," I thought; "the semiotic question is 'what'?"

It isn't that soapy costume dramas set in Europe (especially England) are anything new. Indeed, the aforementioned Upstairs, Downstairs headlined a constant stream of such programs on PBS's Masterpiece Theater in the 1970s, and the franchise continues (under the new name Masterpiece) to this day. There has even been a brief effort to bring back Upstairs, Downstairs.

But fifty years ago, this was something new, a departure into television fare that was at once popular and somewhat exclusive, with WGBH (the Boston PBS station that introduced Masterpiece Theater to America) enjoying a highbrow reputation as the go-to network for America's cultural elite. And this is the kind of difference upon which semiotic analyses can be built.

It is highly significant in this regard, then, that even as PBS was turning towards British imports featuring English high society in the seventies, ABC, NBC, and CBS were producing working-class comedies like All in the Family and Laverne & Shirley, while at the same time American popular culture as a whole was going "country," with truck drivers (Convoy) and country music stars (Coal Miner's Daughter) enjoying a kind of populist moment in the sun. This, after all, was also the era of Hee Haw.

But something else was also going on, for the 1970s marks the era during which the American middle class began to fracture, with an emergent upper middle class (spearheaded by the notorious yuppies) drawing further and further away from what can best be called the struggling middle class. The current success of The Crown, and other closely related series like Downton Abbey (am I the only one who wanted the Crawleys to lose their precious estate?) is a plangent signifier of this divide, for here is elite television in more ways than one, a real-life fantasy of the ultimate in power and privilege for an ever-more-prosperous upper-middle-class audience.

And what is everyone else watching? According to Variety, the three most viewed television programs (by a wide margin) in 2020-21 were 1. NFL Sunday Night Football, 2. NFL Thursday Night Football, and 3. NFL Monday Night Football—all traditional bastions of middle (and working) class viewership. Interestingly, and perhaps significantly, a show called The Equalizer is tied for number 6.

Image Credit: "Windsor Castle" by Francisco Antunes is licensed under CC BY 2.0

About the Author
Jack Solomon is Professor Emeritus of English at California State University, Northridge, where he taught literature, critical theory and history, and popular cultural semiotics, and directed the Office of Academic Assessment and Program Review. He is often interviewed by the California media for analysis of current events and trends. He is co-author, with Sonia Maasik, of Signs of Life in the U.S.A.: Readings on Popular Culture for Writers, and California Dreams and Realities: Readings for Critical Thinkers and Writers, and is also the author of The Signs of Our Time, an introductory text to popular cultural semiotics, and Discourse and Reference in the Nuclear Age, a critique of poststructural semiotics that proposes an alternative semiotic paradigm.
Labels