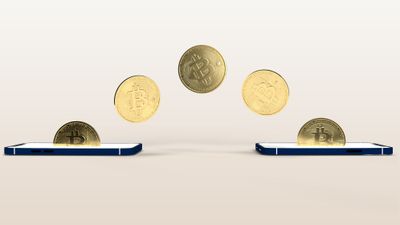 The recent implosion of FTX—Sam Bankman-Fried’s now-bankrupt cryptocurrency exchange—bears echoes of the collapse of Lehman Brothers at the dawn of the Great Recession as well as the fall of the house of Theranos (which, like FTX, came down due to an insightful journalist’s article). It is also reminiscent of the dot.com stock market crash of the early oughts, whereby investors intoxicated by the apparent weightlessness of the burgeoning world of Internet commerce were rudely brought back to earth when the balloon suddenly burst. And just as the dot.com implosion was preceded by an advertising blitz in such venues as the Super Bowl, so too did FTX rocket into the stratosphere in part due to heavy advertising, along with the endorsement of a number of A-list celebrity endorsers (who are now the subjects of a class-action lawsuit on the part of FTX’s many clients who have lost their shirts).

What interests me most in this saga of rampant greed upon Fortuna’s Wheel is the way that it exemplifies the almost absolute trust that people hold today in their favorite celebrities: “Surely Tom Brady wouldn’t give me a bum steer,” many must have been thinking, and “Shaq must have my back;” “Larry David’s no dope, you know, and no one is more authentic than Naomi Osaka.” Such trust was crucial to Bankman-Fried’s more-than-arcane enterprise, which he was able to take to a mass public of potential investors (who probably have no idea of just how cryptocurrency works) simply by fronting it with familiar and much-loved faces.

Of course celebrity endorsers are nothing new, not even to financial services companies—like E.F. Hutton, which capitalized on Bill Cosby’s once untarnished image as “America’s Favorite Dad” in the 1980s before its almost overnight collapse in the face of a check-kiting scandal. But I think that the FTX story is special precisely due to the utterly mysterious nature of cryptocurrency to outsiders. It was an act of marketing genius, in its way, for Bankman-Fried to take crypto out of the shadows and shine a pop-culture-powered spotlight upon it in order to pull in more customers. Unfortunately for him and his clients, he appears to have fallen asleep at the wheel when running the company itself, and the rest is likely to be history.

My point is not to honor Bankman-Fried, however—far from it. It is simply to point out the power, and danger sometimes, of popular culture. Twitter and the reality series “The Apprentice” come to mind here, but it goes much further than that. In a world of declining trust in anything, especially any form of authority, people often place absolute faith in professional entertainers (and high-profile sports are a form of entertainment too).  By teaching your students to approach popular culture with a critical, rather than a fan’s, eye, you can help them to distinguish between fact and fantasy, reality and illusion. And I can think of no more valuable a skill to impart in these troubling times of disinformation campaigns and alternative “truths.”

Photo by Bastian Riccardi (2022) used under the Unsplash License.