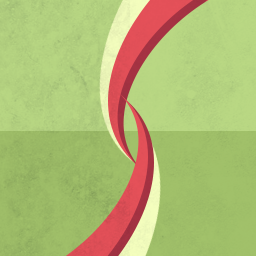 Sometimes it seems that the only bright spot in March is March Madness, the NCAA men’s basketball tournament that runs for about three weeks, but begins with compelling pre-tournament tournaments. Equal parts bonding and competition, March Madness brings esprit de corps to school and the workplace and even those of us who follow college sports hardly at all join in by filling out brackets and watching the results, if not all the games, avidly.

It might not be the best time to think about the question of whether college athletes should be paid—we’re having too much fun—but if you’re looking for an opportunity to practice synthesizing sources, consider assigning an essay in which students are asked to examine the question of whether college athletes should be paid using the sources in the Conversation section of the Sports chapter in The Language of Composition (TLC) 2e or 3e. We have a good suggestion here for how to prepare for that essay and how to engage your students in the sources. This activity will help them understand, appreciate, and use the various arguments in their essay, even if they don’t agree with them.

We suggest a Roundtable Discussion in which small groups of students take on the voice of the writer of a piece to which they’ve been assigned.

1. There are 8 selections in TLC 3e and 7 in TLC 2e — each one commenting directly or indirectly on the issue of whether college athletes should be paid — so create groups and assign each group a selection. Give the students time to read and discuss their source.

2. Ask them to be sure they know where the writer stands on the issue of paying college athletes but also to get a sense of the speaker and audience. They will be taking on that speaker’s voice and may have to reconsider audience as they respond to questions.

Although the big question here is whether college athletes should be paid, we’ve found it more productive to refine and focus the question, so that it’s more like a writing prompt (which could then be used in a writing assignment). President Obama spoke recently about college basketball and the NCAA, so here’s a writing prompt that could be interesting—and timely—for your students to focus on:

In a talk at the MIT Sloan Sports Analytics Conference in Boston in February 2018, President Obama said, “Everyone acts shocked that some kid from extraordinarily poor circumstances who’s got potentially 5 or 10 or 15 million dollars waiting for him is going to be circled by everybody, in a context in which people are making billions of dollars. . . If you’re Bryce Harper or Aaron Judge, then you make that leap [to the professional level]. Even if you’re not ready for the big leagues immediately, at least it’s clear that this is going to be your profession. You start getting paid, the professional organization is on the hook, there’s clarity. If you’re not Bryce Harper or Aaron Judge, then you go to college, but you’re signing up for a certain amount of time.”

Write an essay in which you consider the pros and cons of President Obama’s suggestion that basketball should have a farm system much like baseball does. That way, everyone not ready to go professional would go to college and get an education. The NCAA should not be the farm system.

4. Give the students time to discuss in their small groups how the writer of their selection would respond to the question of making basketball more like baseball by replacing the NCAA with a farm system. They will prepare their speaking points for their turn at the Roundtable.

5. Sitting around a table, if possible, a spokesperson from each group shares his or her response to the question in the voice and philosophy of the writer, considering audience in the form of the other writers. After each group has shared, the other groups can ask clarifying questions.

We’d love to hear if you use this in your class. Don’t hesitate to comment or get in touch.

Co-Author of The Language of Composition