The information that we are bombarded with daily through twenty-four-hour news, the internet, and social media these days can be overwhelming. We know that in addition to information from legitimate sites and real, well-meaning people, we are exposed to misinformation from foreign bots and trolls. In their enthusiasm for their beliefs, those well-meaning people also often indiscriminately pass along misinformation. The tension between liberals and conservatives is exacerbated by the fact that some logical fallacies that are floated as truth would be laughable if the stakes weren’t so high. The clash makes common ground and reasoned debate between opposing sides almost impossible. 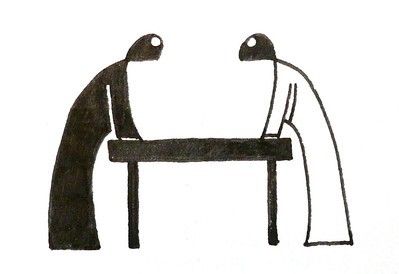 One of the easiest errors to fall into is the hasty generalization. These overstatements are rampant every day in the news and on social media. The most basic error is assuming all members of a political party or other group are the same: “Conservatives believe . . . .” “Protestors are trying to . . . .” “Democrats are baby killers.”

These overgeneralizations lead those attacked to feel that they must defend themselves against a charge that is false instead of against a valid criticism. Maybe that Democrat who was called a baby killer believes that in the case where a pregnancy is not viable, even in the final trimester, the medically induced aborting of the fetus is permissible, but hardly supports the murder of newborn babies. This is the straw man fallacy—tricking your opponent into defending himself against a charge that is much more serious than what he really believes.

Examples of the either/or fallacy also hamper communication and reasoned argument. You believe this, or you believe that, with no options in between. One candidate will destroy our democracy; the other will save the American way of life. If you are a patriot, you will not take away my freedom by forcing me to wear a mask.

Our country has not been so divided since the Civil War. It is the extremity of the views that each party holds of the other that makes communication difficult. All three of the fallacies mentioned here are fallacies because they carry an idea to the extreme. The ad hominem attacks that one candidate makes on the other only add fuel to the fire. We are learning once again the sad truth that when reason fails—when words fail—the next step too readily becomes violence.